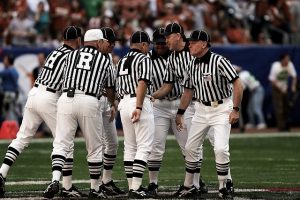 This post is a supplement to our beginner’s guide to credit card rewards. Basically, we wanted to lay out the high-level rules that the major credit card companies use when evaluating applications.

Here, we are specifically talking about the rules that will affect your strategy for opening new cards. These are the policies that stand out to us as the “big ones” that you need to know.

If you aren’t aware of these in advance, you might not optimize your card opening strategy, and might actually miss out on a bonus you were expecting to qualify for.

That can be an unpleasant surprise, especially if you’re collecting points for a very particular purpose or trip.

–American Express: has a “once per lifetime rule” on its personal and business cards. That’s means that in general you aren’t able to open the same Amex product multiple times.

Also, in general you can only have four Amex cards open at one time (excluding charge cards).

–Chase Bank has a “5/24” rule. That this means is that you likely won’t be approved for new Chase cards if you’ve opened more than 5 credit cards in the previous 24 months. This restriction of 5 cards, doesn’t just include Chase cards–it’s referring to cards from any bank. There are sometimes a few exceptions. For instance, there are data points that suggest that the Hyatt Credit Card from Chase is not subject to the 5/24 rule.

Also, you should know that being an authorized user will count toward your 5/24 in most cases. But you can often argue this point via the reconsideration line to get approved.

Because of this rule, and the fact that Chase cards have some of the best bonuses, it often makes sense to include some Chase cards in your portfolio early on.

–Capital One seems to apply a ⅙ rule to its own products. Thats mean that you’re typically only eligible for one Capital One card (personal or business) every six months.