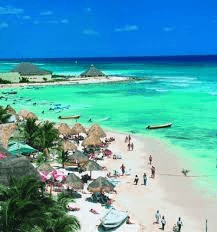 With all of the different types of credit card rewards to choose from, it truly becomes overwhelming at times.  That’s because there are literally dozens of co-branded credit cards that offer hotel loyalty points, airline miles, and even cash-back. However, most travel rewards enthusiasts will agree that the most valuable points are ones that can be transferred. This post will explain a few of the most popular rewards programs with transferable points, and some of the best ways to use them. Let’s start with my favorite transferable points: Chase Ultimate Rewards.

The fact that Chase Ultimate Rewards points transfer to so many partners is good news for several reasons. First, the added flexibility means that you aren’t tied down to using them in any particular way. Second, you can typically transfer points in increments as small as 1,000 points, which means that you can use your Ultimate Rewards balance to top off other balances as needed.

For example, if I were running 2,000 Avios short of a redemption I wanted, I could simply transfer 2,000 UR points to British Airways.

Our favorite transfer partners for the best values are: United, British Airways, Southwest and Hyatt.

Note: Also, keep in mind that you can book travel directly through the Chase Ultimate Rewards website which can be a great (or less than ideal) value depending on what you’re booking.  This gets you 1.25 cents per point, so this is definitely a better option than just getting the 1 cent per point statement credit, but still not nearly as good (in most cases) as transferring the points to a partner hotel/airline.

Just like with Ultimate Rewards points, you don’t have to transfer your entire balance out either. You can simply rack up as many Membership Rewards points as you can, then use them to top off balances as it suits you. Keep in mind, you can also book your travel directly through the American Express Membership Rewards website and use your points that way instead, but again, the transfer option is usually best.

Starwood Preferred Guest points are certainly different than Ultimate Rewards points or Membership rewards since they are hotel loyalty points themselves. However, I thought it would be wise to include them on this list since they transfer out to so many airline partners.

Transferring SPG points to airlines also comes with an added bonus. For every 20,000 SPG points you transfer to an airline, you get a 5,000 bonus. So, transferring 40,000 SPG points, for example, would net you 50,000 airline miles. I like it. Keep in mind, the 5,000 bonus is only good for airlines that allow you to transfer points at a 1:1 ratio. For airlines that do not, the bonus is adjusted accordingly. For now, you can transfer your SPG points to the following airlines. Brace yourself, there are quite a few!

When it comes to earning points and miles, transferable options rule the game. That’s because they don’t tie you down to using a specific program, airline, or hotel. Instead, they allow you to use the points and miles you’ve accrued to design the type of vacation you want. And to me, that’s what this hobby is all about in the first place.

Which points are your favorite to earn?  Why?

About the Author: Holly Johnson is a wife, mother of two, and frugal lifestyle enthusiast. She is the co-founder of Club Thrifty and a staff writer at Get Rich Slowly, Frugal Travel Guy, and U.S. News and World Report’s “My Money Blog.” Holly has been featured in the Wall Street Journal, Kiplinger Personal Finance, Fox Business, and Daily Finance.