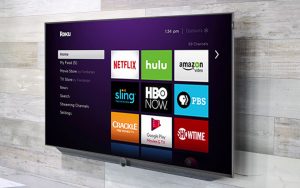 One night, just a few weeks ago, my wife and I were talking about lifestyle inflation. We had been putting off this conversation about all the little costs and luxuries that we now enjoy but never used or needed previously. Things like our gym membership, our bigger home, premium organic food, and cable TV.

Sometimes, when you take a step back to look at this spending it can all seem extremely frivolous. Yes, we get some enjoyment out of it, but it’s also clutter–in some cases physical clutter, but even just financial clutter that we don’t need.

We started to think about the low-hanging fruit that we could cut from our lives (and our budgets), freeing up more funds to put into our savings. And ever since, we’ve been optimizing these items. In fact, I should probably do a blog post on each change we’ve made. Let’s call it “The Optimization Chronicles,” and you can consider this the first installment.

Our Relationship with Cable

I used to take a lot of pride in the fact that I had never paid for a cable subscription. Those bragging rights covered about five years of marriage, and over that time my wife and I built a high tolerance for choppy news coverage via an antenna, and a love of late-night binge watching whenever we visited family or stayed at a hotel that had this advanced technology called “cable.”

But when we moved last year, that came to a screeching halt. You see, I tried to get an Internet-only plan with Comcast (which is the type of plan we’ve always had), but despite calling about five times, every rep refused to sign us up for that type of plan. They were literally telling me that no such plan existed, which was pretty frustrating considering that we had always had that type of plan. Maybe their pricing model was going through a transition at the time, or I just had very bad luck.

I probably could have kept pushing the issue and gotten the plan we wanted, but instead Comcast made me a “special offer.” We’d get lightning fast Internet (100 mbps) AND a basic cable package for $65 per month (after all fees and taxes). We took the deal and didn’t look back.

The Comcast offer was actually pretty good–yes I was a little annoyed, but the conveniences were kind of cool. In terms of value I couldn’t complain too much. Through our cable box we actually got a ton of free on-demand content. We had one of those fancy remotes that you could talk into, and the package included local channels, which means they came in with crystal clarity (much easier to watch vs. our old antenna).

The cable actually represented something very large and meaningful to us. It was an indicator that we had slipped, even if just a little bit.

But then there was that night when we talked about our lifestyle. I don’t even remember what prompted the conversation. Part of it is probably because I’ll be going back to school soon, and so our financial situation will change a little bit. Part of it was because we’d just been talking with friends about how to pursue Financial Independence.

But in this crazy, sudden moment it was like we both “woke up” and realized that paying $65 per month for cable and Internet was absolutely ridiculous.

I know this sounds odd, and like the ultimate example of “making a mountain out of a molehill.” But the cable actually represented something very large and meaningful to us. It was an indicator that we had slipped, even if just a little bit. It felt like we lost our “edge” that always allowed us to do with less, to live below our means, to “live like no one else so we can live like no one else” (thanks for the quote, Dave Ramsey).

And all of a sudden, we wanted to take action.

So I called Comcast, reiterated my interest in an Internet-only plan, and nixed the cable. Suddenly, Internet-only plans were available again. Our bill came down from $65 to $50. Though we have lost a little of our Internet speed, it’s more than fast enough for our daily needs. And chances are that we will get on some future Comcast Internet-only promotion that will give us a periodic bump in speed.

That $15 each month is $180 per year. Since I’m going to law school and thinking in terms of a three-year period, that’s $540! And when I combine those savings with what I’m saving since I changed cell phone providers (about $18 per month), the total is $1,188 over three years.

That’s a mortgage payment, or a school year’s worth of books, several months of utilities, etc. You get the idea. The point is that it was such a painless way to save money–all it took was a wake up call and about 15 minutes of action. And we’ve really lost nothing in the process. If anything, we watch less TV and that’s a welcomed change.

A Note About Roku vs. Chromecast

Ok, I’ll close with a side note…I was an early adopter of Chromecast and used it almost daily to stream Netflix and other content to our TV. And that’s really saying something because I’m rarely an early adopter of anything. But having cable for a brief time reminded me of just how handy a remote is. Yes, the remote, or “clicker” as some might call it, is such a novel idea.

I realized that the Chromecast is a bit too high maintenance for my tastes. To stream with it, I need another device to launch the content. My phone? Nah, I don’t want to download all those apps to my phone, and when I’m watching TV I don’t need it on me, anyways. A tablet? Maybe, but I don’t use a tablet for much else. A computer? Sometimes the audio lags when I cast from a computer, plus that’s the device I’m most likely to use while also watching TV.

Long story short, this experience did convert me from Chromecast to Roku. I bought the Roku Express model–the cheapest Roku, for about $35. It’s super handy, and I just use my tv and the remote, which is way less hassle.

So that’s one more element to the “optimization” here. I’m now also saving a little time and stress vs. my previous cord-cutter setup thanks to Roku. If you’re thinking about cutting the cord, or just choosing between Chromecast and Roku, the remote feature is definitely something to keep in mind!